Chelsea entered the season with title aspirations but following issues on and off the pitch eventually had to make do with a distant third place in the Premier League. They won two trophies, and reached the final of two more, losing agonisingly on penalties to Liverpool in both instances.

And next season, they will want to be back in the frame for the title once more, meaning that drastic squad surgery will be needed.

With that in mind 101 took a look at who should remain at Stamford Bridge, and who should be seeking pastures new this summer.

Note* This list has been made assuming that Chelsea’s takeover goes through successfully, and that they are able to make transfers this summer.

Chelsea’s no.1 has been a bit hit and miss this season after a stellar debut campaign for The Blues. Despite this, however, he retains the trust of Thomas Tuchel and given the upheaval that looks certain to happen this season, he is sure to keep his place between the posts.

The £71m signing remains underwhelming, and it feels as though he has too many skeletons in his Chelsea closet to be successful at Stamford Bridge. A move away might be best if he is looking for regular football.

A solid third choice goalkeeper who is not worth the hassle it would require to replace him.

Has little resale value even if Chelsea wanted to move him on, but he has been immense since he joined the Blues and has signed a one-year extension this season. Not going anywhere.

Depending on who arrives, Sarr could find himself surplus to requirements. For now, however, Chelsea need every defender they can find.

With Andreas Christensen and Antonio Rudiger both leaving already, it feels as though Azpilicueta should really be staying in an ideal world. Whether the club would be willing to deny him a dream move to Barcelona given his previous service is another matter though.

Ryan Sessegnon of Tottenham Hotspur gets away from Cesar Azpilicueta of Chelsea during the Premier League match between Chelsea and Tottenham Hotspur at Stamford Bridge on January 23, 2022 in London, England. (Photo by Clive Mason/Getty Images)

Off the back of a brilliant season with Huddersfield Town, which could yet see them in the top flight next season, Colwill deserves a chance in pre-season and will, in all likelihood, continue his upward trajectory.

In the same boat as Malang Sarr. Has had a few indifferent performances but is currently a starter with the departures of Rudiger and Christensen.

Needs another loan but does have potential, could provide a low cost defensive solution.

His absence was a massive blow to Chelsea and derailed their early form. Is practically untouchable in Thomas Tuchel’s squad.

One year left on his contract and seemingly wants out, with Barcelona interested. Won’t fetch a hefty price but could be worth cashing in on.

Well below the standard required at Chelsea, and a season at midtable Lyon in France has not changed that.

Like Chilwell on the opposite flank, Reece James is a key cornerstone for Chelsea. As a result, he won’t be going anywhere.

Although he only has one year left on his contract and has suffered with injury problems, no one is better than the Frenchman at what he does in world football. Can bring in competition for him, but he should be staying in west London this summer.

One year left on his contract and now 30 years old, he could be on the move amid interest from Italy. It could be a good chance for Chelsea to refresh their midfield.

Jorginho of Chelsea celebrates after scoring a goal to make it 3-4 during the UEFA Champions League group H match between Chelsea FC and AFC Ajax at Stamford Bridge (Photo by James Williamson – AMA/Getty Images).

The Croatian has been a key midfielder for Chelsea since he joined from Real Madrid, and seems destined to continue to be so.

An awful loan spell is coming to an end with no doubt that he won’t be at Stamford Bridge next season.

Having been trying to offload Barkley in summers past, it is hard to see this window being any different. Hardly featured and could yet recoup the Blues a fee.

A useful squad option that can come in and do a job when required. Probably one to keep.

The Brazilian played on the final day of the season, but is unlikely to begin 22/23 with the Blues.

The poster boy of the youth academy and the club top goalscorer last season, Mount is certainly staying at Stamford Bridge.

After a second successful loan spell in the top flight, it feels as though it’s Conor Gallagher’s time to shine in a Chelsea shirt.

The young Scot had a horrible loan spell at Carrow Road, but remains one for the future. Could perhaps do with another loan to earn his stripes.

Struggled to fulfil his potential, and the £70m that Bayern Munich once offered for him now seems laughable. Needs a fresh start.

A second underwhelming season for Werner, who continues to work hard but gets very little end product. Needs upgrading.

A torrid first season back in England but he remains one of the few true quality options left to Tuchel and showed signs of improvement towards the back end of the season.

A mixed season in his new role as a number 9, Havertz remains very much one for the future and a man in the plans of Thomas Tuchel.

Hasn’t really made Chelsea his home since he joined from Ajax, and has seen his game-time very much limited. Could well leave this summer.

Another who has struggled through injury and non-selection. Could be a world-beater on his day, but those are incredibly rare and his inconsistency could see him moved on depending on other moves.

A good season for Southampton and in truth his future depends on just how Chelsea judge his potential. Already due to command a high fee, he seems as though he will continue to improve, and could offer an in-house striker solution.

Fresh update on Chelsea takeover situation ahead of May 31st deadline

This article was edited by
Josh Barker. 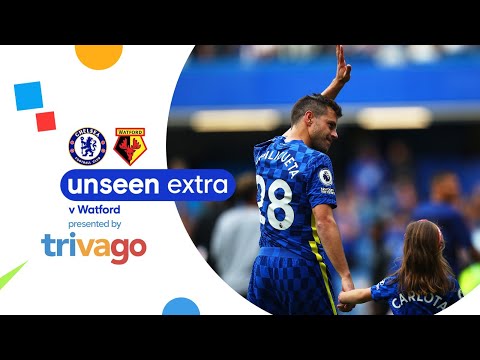 Thank You For All Your Support! | Lap of Appreciation